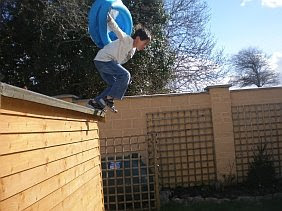 I went to a talk in Tokyo last Saturday by my Zen teacher, Gudo Nishijima. Nishijima used to give regular lectures on Buddhism in Japanese and English at a number of places in Tokyo and other parts of Japan until he went into semi-retirement about five years ago. He stopped giving talks completely for a while, but some of his students asked him back to give one talk each month in Tokyo. His students in Osaka heard about it and asked him to give a talk each month in Osaka too. From what I saw on Saturday, he looked happy to be teaching again.


There were around 25-30 people there on Saturday. Mostly his Japanese students, with me and a couple of other non-Japanese guys there too. Here’s a summary of the talk, or as much of it as I could take notes on. Sorry if this post is a bit disjointed.


The talk was mostly about “action at the present moment.” He spoke about the difference between our action and our thinking and sense perception. In everyday life we tend to assume that the thoughts we have in our head are actually true in the real world. But that’s not necessarily the case. Even though we can think lots of things in our brain, those things don’t always turn out to be true in reality. An obvious example is when you think something is going to turn out one way, but it turns out differently. If you want to take it a bit further, if you look back at ancient times, people used to have a lot of strange ideas about the world, like the world was flat or the sun rotated around the earth, but science proved that reality was different to the way people thought it was.


It’s kind of a similar situation with sense perception. When we look at something or hear something, we get sense stimuli in our brain. But those stimuli aren’t always accurate. We sometimes find out later that the sense stimuli in our brain didn’t reflect the actual situation too well. Of course, the objects that we look at are real, but the sense stimuli in our brain are different from the actual objects themselves. The stimuli are our way of interpreting the objects that we look at or touch or whatever. In some cases our sense organs just aren’t equipped to pick up the total situation of what’s happening. So sometimes we just perceive things partially, not completely. You can get an idea of this if you compare your hearing function with a dog’s hearing function, or your sense of smell with a dog’s sense of smell. Compared to a dog, our sense perception equipment isn’t too great.


That’s kind of related to why Buddhism says our real life is based on action. Thinking and sense perception support our actions, but the most important thing is just to act. If you want to do something or change some situation in reality, you have to act. Just thinking about something or noticing sense perceptions of something won’t make any real difference in reality.


So what’s the connection between practicing Zazen and action?


One important thing about “right action” is that it brings good or neutral consequences or effects. In other words, if you do a right action, you won’t be faced with bad effects as a result later on. And if you keep doing “right action” for a while, life starts to gradually get smoother. Because you no longer have to deal with some kind of bad or problematic situations as the result of some "wrong" action you did previously. And if you don’t have to spend a lot of time dealing with “bad stuff”, you can enjoy your life more and maybe enjoy your Zazen a bit more too.


So that’s the connection between Zazen and action. If you do Zazen regularly you might notice life starting to get a bit smoother or at least involving less hassle. The situation won’t be perfect of course, because even though we do Zazen there’ll bound to be times when we mess up for one reason or another. But overall things should improve.


At this point someone asked about the meaning of “the middle way”, which is what Buddhism is sometimes called. Nishijima’s answer was that “the middle way” is the middle between body and mind.


Someone then asked about doing things like watching movies or listening to music in the balanced state. Nishijima said that the balanced state is our ordinary state, so we can enjoy art, music, movies and so on in that state.


That was about it.

The Adventures of Dogen

There’s a show on in at the moment called “The Adventures of Dogen”. It’s a musical based on the life of a 13th-century Japanese monk Dogen. Dogen is famous in Japan for establishing the Soto Zen sect here.

The role of Dogen in the show is split between one actress and one actor. The actress is Chiaki Kuriyama. She plays Dogen as a youth. She’s well-known in and appeared in the movie Kill Bill. Another well-known Japanese actor named Hiroshi Abe plays the older Dogen. That’s Chiaki and Hiroshi in the photo with their wigs on.

As part of his role, Hiroshi has to do Zazen on stage for 40 minutes! When he was asked what it felt like, he said “It’s a battle with wicked thoughts and drowsiness.” I know what he means.

Anyway, the show is being held in Theatre Cocoon at Bunkamura in Shibuya. Looks like the cheapest seats (called "Cocoon seats" by the way) are 5,000 yen.

Might be worth a look. I just wonder what Dogen would say?

Summer in Japan and Zazen retreats 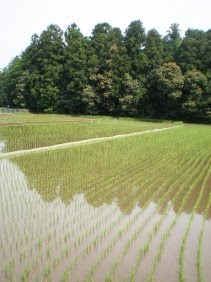 It’s been a while since my last post. I won't bore you with reasons why I haven't been blogging for a while, just got a bit bogged down with some stuff.

Another thing that happened me recently was I went to my first Zazen retreat ever outside (in ). I'd been to a good few retreats in , but never to one outside before. One reason I've only been to retreats in Japan is that there were no Buddhist groups around when I was growing up (I lived in and we was mostly all Catholics). Another reason was there was just no information about Buddhism anywhere when I was younger. It was long before the Internet, and the only Buddhist book I remember seeing in our local bookstore was Zen and the Art of Motorcycle Maintenance. It was the first Zen book I ever read. It wasn't a bad book, but didn't tell me an awful lot about Zen Buddhism.

Even when I got to , it took me a while to check out Buddhism. What eventually got me hooked was a one-day Zazen retreat I did at a temple in . When I did zazen there I felt like I'd found something I wanted to check out more. Later on I moved to Tokyo and was lucky enough to come across Gudo Nishijima.

So basically I hadn’t a clue about Buddhist groups or teachers even when I was practicing with Nishijima’s group. I remember one time a guy at one of Nishijima’s talks in gave me a copy of Shunryu Suzuki’s famous book “Zen Mind, Beginner’s Mind.” He looked surprised when I told him I'd never heard of Shunryu Suzuki. I read the book but didn’t think an awful lot about it. Not to say it’s not a good book, I just wasn’t really interested in Buddhist books then. I was just trying to learn whatever I could from Nishijima. Probably the fact that some guy I didn't know just handed me the book made me a bit uneasy about reading it too. I think I felt it could be like one of those books the Hare Krishnas hand out. Of course, I found out later I was wrong. In fact, the guy who gave me the book used to carry a supply of “Zen Mind, Beginner’s Mind” books around with him in a satchel. He told me his way of spreading Buddhism was presenting a copy of Suzuki's book to people.

I’ve kind of gotten off the subject a little, but that was one reason I wanted to go to a retreat outside - to see if there was much difference between the Zen retreats I'd been to with Gudo Nishijima and a retreat overseas. Obviously, I did notice some differences at the retreat in France, but the zazen wasn't too different.

By the way, when I was at the retreat there someone asked me what Nishijima's retreats in Japan were like. Basically, Nishijima liked to keep the retreats kind of simple and also follow his understanding of Dogen's way. So at the retreats we'd do Zazen, Nishijima would give four talks, we'd have meals in the traditional style, everyone would do 40 minutes of light work each morning, and we'd also have a good bit of free time. The Dogen Sangha retreat in September is still held in the same way that Nishijima followed, so if you're in Japan around that time it might be worth checking out.

In case anyone else is interested, here's a copy of the daily schedule from one of Nishijima's Zazen retreats (click on the "Zazen Retreat Schedule" link underneath if you want to see the original version). It's much the same schedule for the current Dogen Sangha retreats too, except an extra day.

One more thing. At that retreat in France I was chatting to someone who told me she'd just started doing Zazen a couple of months ago, but that the very first time she did zazen she felt like it was the thing for her. I told her I felt the same way when I first did zazen too, although I never expected to be still doing it years later.